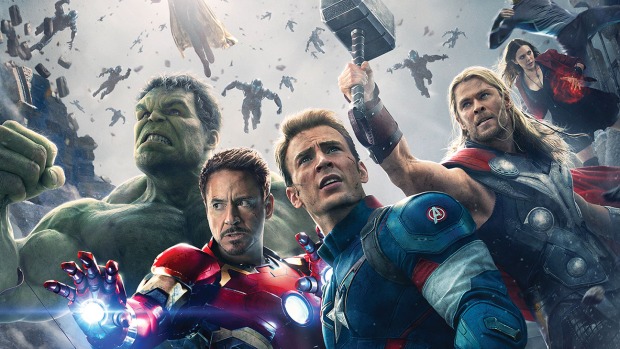 For the most part, sequels are never as good, and in the case of Avengers: Age of Ultron, this theory holds true.  This was an incredible disappointment of a film because unlike most Marvel movies, I really enjoyed the Avengers, so I expected the second one to be fairly decent.  In the case of some of the others, I found many of the first films in the Marvel Universe to be average and so I didn’t have any expectations towards the second one.  Out of all the Marvel Studios movies, the Avengers (in my opinion) has been the best one so I was very disappointed when I saw the sequel and it was just so overdone and tired.

Instead of going through the story, which was complicated at times, I will just say that in a nutshell, Bruce and Tony create Ultron, who is essentially a high-functioning A.I. that ends up turning against the Avengers.  Not only is Ultron an enemy in the film, but a pair of mutants (twins) named Pietro and Wanda are also against them.  Honestly, there was just too much going on.  Too many enemies, too many locations; too much to grasp.  It just got too complicated and made for a sloppy script.  It wasn’t the kind of complicated where you have NO idea what was going on, it was more or less the kind of complicated where you didn’t care what was going on.

As far as the CGI and special effects go…they were definitely not that good.  There were too many times I said, “Wow, that’s really bad CGI.”  This shouldn’t be the case with such a big budget movie (that made over a billion dollars at the box office I might add).  Let’s just say that state of the art technology wasn’t used for this one…

Here’s the deal, with so much going on and an enemy I didn’t really care about, I started to get bored pretty fast.  The two characters of Wanda and Pietro were very forgettable (not to mention the horrible CGI used for her superpowers), and Ultron…what can I say about him?  Even though he was suave and cool, I still didn’t really care about him.  He was average at best and he didn’t seem like that big of a threat.  The Avengers were constantly moving across the world, one minute Captain America is in South Korea, the next minute somebody else is in South Africa…  The flow was all off.  They still tried to use the same kind of comedy used in the first one, but since we’ve all seen it before, it just felt tired and old now.  I’ve seen Tony Stark make some witty comment to Captain America.  It was all rehashed.  Almost nothing in this movie was anything I could say I hadn’t seen before, and that’s what made it stale.

Age of Ultron was nowhere as good as the original film because they tried to do everything they did in the first film, but even BIGGER, which was a huge mistake.  I find when this happens we get the Spider-Man 3 effect.  There was just too much going on and too much of it was forgettable or just plain bad.  Sure it had a nice score, nothing fantastic though, but that didn’t really add anything to the movie.  I was incredibly disappointed with Age of Ultron because some superhero movie sequels CAN be good: Spider-Man 2, The Dark Knight, and Batman Returns to name a few.  There seems to be a formula that these big blockbuster hits are using that is getting used WAY out of hand allowing for something unique and creative to NOT get made.  If you liked the Avengers, you may enjoy this, but I enjoyed the Avengers and found it pretty awful.  Just sayin’.