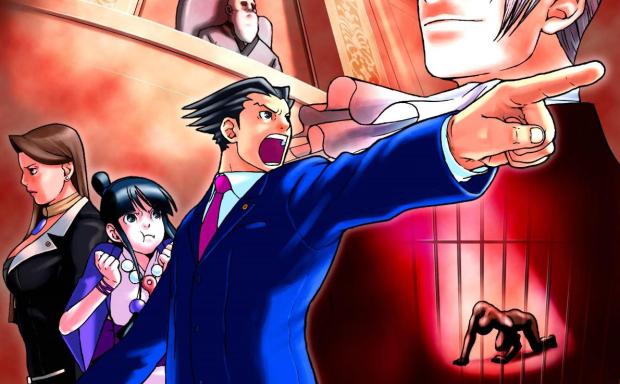 Boy oh boy, this summer has been rough for me and gaming; I think it’s just the lack of new releases that have peaked my interest.  I think the only new release that I have been hyped for in the last 2-3 months has been Professor Layton vs. Phoenix Wright for the 3DS…that’s it!  Tales of Xillia 2 looks amazing, but since I have not played the first one, I have no interest in playing the sequel.  To make things worse, here I am buying the new Layton/Wright game and I JUST finished the original Phoenix Wright: Ace Attorney.  I just had to have the new one because it’s the kind of game that will probably have a limited print, or be hard to find soon.

Mario Kart 8 is still somewhat of an addiction as I am still playing it constantly, especially online.  It’s fun to unlock certain characters and then beat your current time on certain levels, or just race online with randoms.  I am in love with this game guys.

Every few weeks I have been watching Sailor Moon Crystal, the reboot of Sailor Moon, and it has been most excellent.  For fans of the series, it is quite excellent and true to the manga.  I REALLY dislike that it airs every two weeks and for some stupid reason revolving labor day, now I have had to wait three weeks.  I am happy to say that the latest episode did air on Saturday, and it was really really good.

Maybe my summer has just been so busy!  Every day my boyfriend and I are doing something, whether it’s at one of our three sets of parents’ houses, heading out with friends, or having a So You Think You Can Dance marathon.  I’m not afraid to say that I didn’t play many games this summer.  Could I have?  Absolutely, I have the biggest backlog over anyone else I know, but sometimes I’m just not in the mood.  I’m in an anime mood, or a mood to go shopping for more games… (facepalm x 100)  Either way, this summer has been bad for me and gaming, and I don’t care to admit it.  I am a gamer and sometimes we need breaks to do other things!

Here is the good news!  Danganronpa 2: Goodbye Despair just came out, which I have honestly been waiting what feels like forever for!!!  The first one is probably my “Game of the Year” because I have never played anything like it.  While 999 was an amazing game, I found it tedious because of all the puzzles, and I am not a puzzle person.  Danganronpa was a mixture of everything I like together: a gripping story, interesting characters, good writing, beyond amazing music, super fun gameplay, and a sadistic vibe throughout.  I feel like I would have made a good goth sometimes, honestly.  I like a lot of creepy stuff, especially sadistic Japanese game storylines…  The Japanese get it right when it comes to stuff like this.  Danganronpa was really an experience for me, which is why I am so excited for the sequel.  Now that I have finished Phoenix Wright: Ace Attorney, Danganronpa 2: Goodbye Despair is now my latest addiction.  Final Fantasy Theatrhythm: Curtain Call also comes out in a few weeks and I CANNOT wait for that too.  September will be a redeeming month for me.

Other than that, this is more of a blog post other than a real update of the games I have been playing in August, because frankly, I have spent all of August dicking around not playing games.  Fall is quickly approaching, and I cannot wait for all the gaming that is about to take place for the rest of the year!